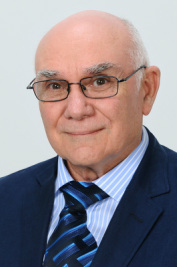 Laureate Professor Graham Goodwin AO, BSc, BE, PhD, FRS, FIEEE, Hon.FIE.Aust., FTSE, FAA is the Director of the Australian Artificial Pancreas Program.  He is currently Professor Laureate of Electrical Engineering at the University of Newcastle, Australia and is a senior full time researcher in The University of Newcastle Priority Research Centre for Complex Dynamic Systems and Control.  Graham graduated from the University of New South Wales with B.Sc. (Physics) 1965, B.E. Honours I (Electrical Engineering) 1967 and PhD 1971.  Among his many accolades are the 2010 IEEE Control Systems Field Award, and the 2013 Rufus T. Oldenburger Medal from the American Society of Mechanical Engineers.  He is a Fellow of IEEE; an Honorary Fellow of Institute of Engineers, Australia; a Fellow of the International Federation of Automatic Control, a Fellow of the Australian Academy of Science; a Fellow of the Australian Academy of Technology, Science and Engineering; a Member of the International Statistical Institute; a Fellow of the Royal Society, London and a Foreign Member of the Royal Swedish Academy of Sciences.  Prof Goodwin holds Honorary Doctorates from Lund Institute of Technology, Sweden and the Technion Israel.  He has authored books, international journal papers and international conference papers, and has presented 60 keynote addresses at major international conferences.  Graham is a Distinguished Professor at Harbin Institute of Technology (China), Northwestern University (China), Zhengzhou University (China) and Universidad Técnica Federico Santa María (Chile).  He holds several research grants covering diverse areas including Power Electronics, 3G and 4G Mobile Communications, Ambulance Scheduling, and Artificial Pancreas development. 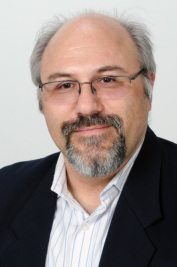 Dr Adrian M. Medioli was born in Newcastle, Australia and completed a B.E. (Computer) in 1992 at the University of Newcastle.  He spent 10 years as a senior systems engineer working on the automation and control of steel manufacturing processes and 2 years as a director of Omni Automation Pty. Ltd. a control engineering and automation startup company.  In 2008 he completed a Ph.D. in Electrical Engineering at the University of Newcastle.  Since 2008 he has been employed as a research academic for the ARC/PRC for Complex Dynamic Systems and Control at the University of Newcastle.
As a professional engineer Adrian has worked on many and varied projects which resulted in extensive experience in the areas of software development, team management, control system design and implementation to steel production and manufacturing.  As a researcher he has developed and implemented new techniques in optimization and control.  Some of his achievements include: a new technique for maximal controllability of unstable systems using reduced complexity Model Predictive Control (MPC); development of tools for the classification of coal loader downtime causes; ambulance fluid deployment strategy optimization; ambulance optimal distribution and rostering to better match demand; and re-design and development of a suite of virtual laboratories for the teaching of control system design.  At present his focus is on the design and testing of novel control strategies with application to the development of an artificial pancreas for better blood glucose regulation in diabetes sufferers.
Dr. Medioli’s research interests include: optimization based control strategies such as MPC; stabilization and modeling with particular emphasis on unstable systems; virtual laboratory development; and the application of control concepts and design to medical problems.  He is a Member of IEEE and holds a Certificate IV in vocational training and assessment with accreditation under the Australian Quality Training Framework (AQTF). 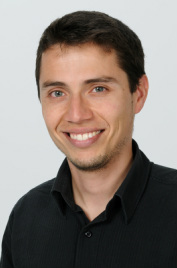 Dr Diego Carrasco is a Research Academic at the University of Newcastle School of Electrical Engineering and Computer Science.  In his role he contributes to the School’s teaching and research efforts including, occasionally, lecturing discipline specific engineering courses.  Diego recently completed his PhD in Electrical Engineering investigating the impact of uncertainty and sampling in the robustness and performance of dynamical systems.  The design of an Artificial Pancreas involves all of these concepts and Diego is enjoying the opportunity to apply his expertise to such a beneficial project. 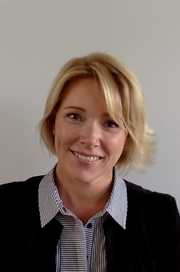 Carly Stephen is a Research Academic on the AAPP engineering team at the University of Newcastle. She manages the group’s communications including web development and content management, social media management and e-newsletter communications, press releases and sponsorship proposals. Carly also establishes and nurtures relationships with our donors, trial participants and members of the type 1 diabetes community in the Hunter and further afield.
Carly’s eldest son was diagnosed with type 1 diabetes in 2011 and she is now applying her combination of experience to assist the Australian Artificial Pancreas Program.
AAPP gratefully acknowledges and appreciates the support received from BD Technologies (May 2013 – June 2014).  This support allowed us to obtain important results on the fundamental limitations of blood glucose regulation.  These preliminary results have inspired the direction for our subsequent research.